Search and book flights with AlbaStar

Make an AlbaStar Booking and Find Some Amazing Deals

AlbaStar is a Spanish airline which is based at Palma de Mallorca Airport, Spain. The airline offers scheduled passenger and charter flights to several destinations across Europe and North Africa.

The airline was founded in 2009 by Italian British entrepreneurs from the tourism and transport sectors. Originally, the airline's aim was to provide chartered air transport from Italian and Spanish airports to popular touristic holiday destinations within North Africa, the Mediterranean and the Red Sea. However, in 2010, the airline gained a commercial license and began offering scheduled passenger flights.

AlbaStar has collaborated extensively with many tour operators and the airline has established itself as the top European charter carrier for connections to the French city of Lourdes, departing from most European airports. The airline also offers scheduled flights to Lourdes from several European destinations as well.

AlbaStar has a fleet made up of entirely Boeing aircraft. The airline has over five aircraft in its fleet. At the moment, it only uses Boeing 737-800 models.

Economy class is AlbaStar's most basic cabin class and the only cabin class offered on scheduled flights. The airline's attentive cabin crew are readily available to help with anything that passengers require.

Seats are generally set out in a 3 x 3 formation and are designed to give ample legroom and comfort.

There's no in-flight entertainment system on the flight. However, can enjoy reading materials from the airline's in-flight magazine, which is subject to availability.

The airline serves a selection of snacks, sandwiches, hot and cold drinks and desserts. The menu differs depending on what time of day the flight is flown. Passengers can see the menu by asking one of the flight attendants for a menu card.

Food and drink are free on select flights. On other flights, passengers will be able to purchase anything from the menu once in-flight.

At this time, AlbaStar doesn't offer any reward program for frequent flyers.

AlbaStar isn't part of an airline alliance and doesn't have any codeshare or interline agreements with any other airlines. However, it does operate flights for certain tour operators, such as TUI. AlbaStar works with these tour operators when the operator doesn't have enough aircraft to operate all of its flights.

Palma de Mallorca Airport is an international airport located Palma, Mallorca, Spain and is the hub airport for AlbaStar. The airport has two terminal buildings, two runways and handles around 30 million passengers per year.

The airport is also a hub Air Europa and Evelop Airlines, as well as a focus airport for easyJet, Jet2.com, Lauda, Ryanair and Vueling. 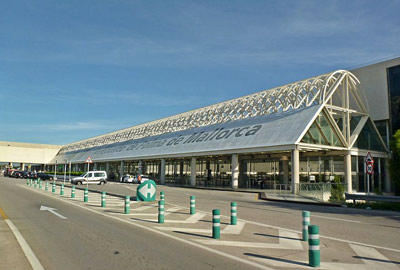