The airline launched in 1995 as a scheduled and charter airline, initially offering domestic flights within China under the name Deer Jet Airlines. In 1998, the airline started flying its first international flights. In 2010, the airline decided to divide itself into two separate airlines — one offering charter flights and the other offering scheduled flights. The charter airline kept the Deer Jet name and branding, while the scheduled airline was given a new name and branding, Beijing Capital Airlines.

Beijing Capital Airlines is a subsidiary of Hainan Airlines. 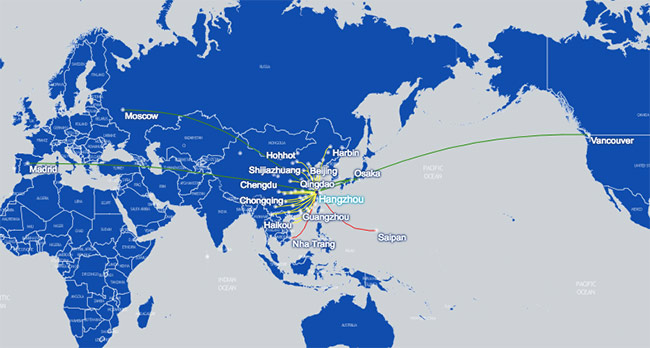 Passengers in Economy Class are entitled to one free item of carry-on baggage with a maximum weight of 5 kg.

Passengers in Business Class are entitled to two items of free carry-on baggage with a maximum weight of 10 kg (5 kg per piece).

The free checked baggage allowance for Beijing Capital Airlines will depend on the route that you're flying and the travel class that you're travelling in.

Beijing Capital Airlines don't currently offer online check-in for any of their flights.

Passengers must check-in at the airport for their Beijing Capital Airlines flight. Airport check-in can be completed by presenting the relevant travel documents at the Beijing Capital Airlines check-in counter at the airport of departure. Passengers should check-in at least one hour before scheduled flight departure time on the majority of flights. However, check-in times differ depending on where the flight is departing from.

If a passenger is unsure on the check-in deadline for their flight, they can contact us or the airline directly to find out the deadline.

Beijing Capital Airlines serves a complimentary hot meal on all international flights. If passengers would like a hot meal on domestic flights they will have to pre-order them.

Business Class is the airlines most premium service of cabin class with the highest standard of service and most comfort. The Business Class cabin is available on select flights.;

Business Class passengers are served by the airline's attentive cabin crew, who are trained to give assist passengers and deliver an excellent in-flight experience.

Each Business Class passengers is given an amenity kit, including hot towels, pyjamas and slippers and are served a welcome drink — and sometimes welcome snacks — as soon as they're seated.

Passengers are served a professionally prepared in-flight meal from the airline's excellent Business Class menu. Passengers can order as many complimentary refreshments are they like during the flight, including alcoholic and non-alcoholic drinks.

Each seat has a TV monitor fitted, from which passengers can enjoy the airline's in-flight entertainment system on.

Seats are set out in a 2 x 2 configuration. Each seat has 74 inches of pitch. Seats come fitted with a TV monitor, a universal plug for charging electronic devices and a remote which controls the recline of the seat.

On select flights, passengers can enjoy a range of movies, TV shows, music and more on the airlines' in-flight entertainment system. This is available on certain Economy Class flights and on all Business Class flights.

Light snacks and beverages are offered on all flights, with a choice of salted and sweet options, as well as hot, cold, alcoholic and soft drinks.

Hot meals are inspired by Chinese cuisine and are served free of charge on all international flights, in all cabin classes. On domestic flights, passengers in Economy Class can pre-order hot meals for a fee.

Velocity Flyer is Beijing Capital Airlines' frequent flyer program that rewards customer for flying regularly with the airline. Passengers can earn Velocity Points on Capital Airlines and use them to redeem or upgrade future flights.

Passengers on the Velocity Flyer frequent flyer program start with Standard Status and can upgrade to Silver Status, Gold Status and Platinum Status with the more point that they earn. The higher status card a member holds, the more benefits they receive. These include benefits such as an increased baggage allowance, priority check-in, seat selection, lounge access and much more.

Beijing Capital Airlines isn't a member of any airline alliance at this time. However, it does have codeshare agreements with a number of airlines, including TAP Air Portugal and Azul.

Beijing Daxing International Airport is the secondary airport in Beijing and is the hub airport for Beijing Capital Airlines. The airport located on the border of Beijing and Langfang and facilitates flights from airlines flying across Asia and to parts of Europe. The airport opened in 2019 and has one terminal building with four runways. 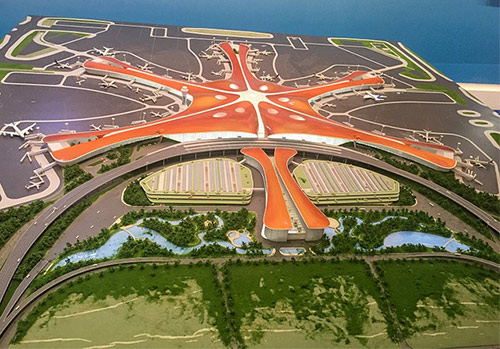 Find flights around China in English with Alternative Airlines. We let you complete your Beijing Capital Airlines booking completely in English so that you have the easiest booking experience possible. Count on us to help you book your trip around China! We offer payment in over 100 currencies plus the opportunity to buy your flights with Paypal.