Make a Binter Canarias Booking and Find Some Amazing Deals

Binter Canarias, also known as Binter, is a regional airline based in Telde, Gran Canaria, Spain. The airline operates as an inter-island service within the Canary Islands and services to Morocco, Portugal and Western Sahara. Binter currently serves 18 airports with close to 1,000 weekly flights, predominantly across the Canary Islands, but it also operates international sectors to Cape Verde, Gambia, Mauritania, Morocco, Portugal and Senegal.

The airline is an integral part of the life of the Canary Islands, both for the residents who use it to hop between islands and the increasing number of tourists who wish to see more than one of these beautiful islands during their stay.

BinterMas level is obtained when flying with Binter Canarias only.

The Silver level is attained with 2,500 points and the Gold with 8,000. Customers can earn points by presenting their BinterMas card when flying with Binter Canarias and can earn points by reserving flights, accommodation, car hire and other services.

The airline only offers Economy seating.

Binter Canarias passengers are allowed to bring one hand luggage with a maximum weight of 6 kg and a maximum dimension of 42 x 25 x 35 cm.

Passengers in economy class are allowed to bring 1 to 3 pieces of 23 kg and a maximum allowance of 32 kg per piece with an overall dimension of 158 cm.

You can check-in online from 10 days up to 30 minutes before the scheduled flight departure.

The airline only offers Economy seating.

There is a limited number of seats on the aircraft, which offers inter-island travel. As the flights are short, warm meals are not served. However, snacks/snack boxes are available. You can enjoy reading the newspaper and Binter Canarias NT Magazine which is released every month. You can also stay connected with the world with WiFi connectivity onboard.

Depending on the aircraft, but a 2-2 formation is commonly available. The cabin is modern, roomy and clean. You can relax in comfortable seats and stretch your legs with a good amount of legroom.

As of December 2019, Binter Canarias fleet consists of:

Gran Canaria Airport (LPA) (sometimes also known as Gando Airport and frequently, but incorrectly, referred to as "Las Palmas Airport"), is a passenger and freight airport on the island of Gran Canaria.

It is an important airport within the Spanish air-transport network (owned and managed by a public enterprise, AENA), as it holds the fifth position in terms both of passengers and cargo transported, and fourth in terms of operations. It is also ranked first of the Canary and also ranked first of the Canary Islands in all three categories. The airport is a hub for Binter Canarias, Canaryfly, Norwegian Air International and Vueling. Airlines that fly from and to Gran Canaria Airport include Air Berlin, Air Europa, Sundair and easyJet. 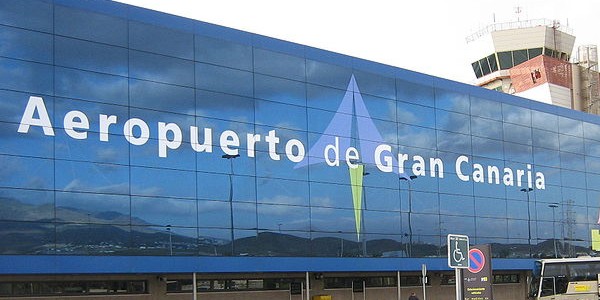 The airlines currently don't partake in an airline alliance but its subsidiary is Binter Cabo Verde.

At the beginning of next month, Binter Canarias will increase the number of times it flies between Gran Canaria and Casablanca each week. Binter will now operate the flight four times a week — twice on Monday, once on Thursday and once on Sunday. Binter Canarias will use an ATR 72 aircraft to carry passengers on the service — an aircraft is able to seat 72 people. Binter Canarias has listed an estimated 2 hour and 30 minute flight time for the service.

Binter Canarias to launch new service between Madeira and Porto

Binter Canarias has begun operating a new service between Madeira Airport (FNC) and Porto Santo Airport (PXO). The airline ran the service for the first on 5th June 2018 and will continue to operate the flight two times a week. Binter Canarias will use an ATR72-500 aircraft to carry passengers on the flight and the journey is expected to take 25 minutes. The Madeira—Porto Santo route is a public service obligation route for Binter Canarias, meaning the airline has to operate the route on order of authorities.

Binter Canarias was awarded this route from the Portuguese Ministry of Planning and Infrastructure, who gave Binter Canarias the authorisation to operate this service after the airline that previously flew the route, Sevenair, saw their contract expire on 4th June 2018.