6 of the Cheapest Cities in Japan

With exquisite natural landscapes and a striking fusion of ancient culture and futuristic metropolis, Japan is like nowhere else on Earth.

A trip to Japan is also often assumed to be expensive. And fair enough, if you’re staying in hotels, choosing the big cities, and haven’t done your research, the cost is likely to add up. Furthermore, with the country hosting both the 2019 Rugby World Cup and the Summer Olympics in 2020, tourism is set to be big business for Japan!

However, thanks to the Japanese Yen, which currently exchanges at around 111 per US dollar, costs for tourists are actually lower than they have been in decades. So, if you’re strategic, a trip to Japan can actually be both unforgettable and surprisingly affordable.

We’ve composed a list of the cheapest cities in Japan, and put together a comprehensive price guide, to help you plan your trip!

Most tourists flock straight to Honshu, the main island, where you’ll find all the best known cities, including Tokyo, Kyoto, and Osaka. Alternatively, fly to Kyushu, the largest island to the Southwest of Japan. With mystic forests and luscious green mountainscape, Kyushu is absolutely enchanting.

Fukuoka is Kyushu’s largest city. It’s bustling and vibrant, while still being small enough to be one of Japan’s cheaper city options. As an early centre of Japenese culture, the city is famed for its numerous ancient temples, as well as its popular Yatai street food stalls, which provide an incredible atmosphere every evening.

Japanese cherry blossom. An absolute must for your bucket list. Unfortunately, visiting Japan during the bloom will likely drain your budget. Here’s an alternative: from Fukuoka, travel to nearby Kitakyushu, home to Kawachi Fuji Gardens and the "Wisteria Tunnel". The garden blooms in late April or early May, several weeks after the last cherry blossoms fall elsewhere. This way, you can still experience beautiful blossom, without paying a premium for accommodation.

Want to get away from the crowds? Less than an hour from Fukuoka, take a trip to Itoshima, a closely guarded secret for many locals. With its palm trees, white sand, and its famous sunset view, Itoshima is a heavenly oasis of calm. Top tip: combine with a visit to the exquisite Shiraito waterfall!

Take me to Fukuoka:

With its sub-tropical climate, world-class beaches and coral reefs, Okinawa is a paradise chain of more than 150 islands. Also known as the Ryukyu Islands, Okinawa was once an independent country, and its unique culture is different from elsewhere in Japan.

You’ll likely land at Naha, the capital of Okinawa. Along with a rich history, Naha also has a lively nightlife scene, and is the place to be if you’re a fan of beach holidays and water sports: get your scuba diving certification, take a surf class, or spend an afternoon snorkelling!

Naha is home to the UNESCO World Heritage-listed Shuri Castle. Painted a striking red, Shuri is the restored royal palace of the Ryukyu Kingdom, which flourished from the 1400s–1800s. (Fun fact: the Ryukyu invented the martial art karate!)

If you’re still thinking about cherry blossom, you’ll be pleased to hear that numerous trees line the scenic route to the ‘Nakijin Castle Ruins’, about two hours north of the city. Top tip: ride the Yanbaru Express back to Naha and stop at the city’s other most-popular day trip destination, Churaumi Aquarium.

Take me to Naha:

Catch a regional flight from any of the major airports for as little as $45 USD (5,000 Japenese Yen). ANA, Skymark, Vanilla Air and Jetstar Japan operate many flights per day between Tokyo (Haneda (HND) and Narita (NRT) Airports) and Naha Airport (OKA).

The beautiful beaches of Okinawa

Often referred to as the ‘Capital of the Mountains’, Sapporo is one of the most exciting cities in Japan, famous for its incredible ramen, as well as its beer, skiing, and an annual Sapporo Snow Festival.

Top tip: if you’re concerned about breaking the bank, avoid the hordes of skiers, and travel to Sapporo during the warmer months to enjoy peaceful mountain trekking. Sapporo’s milder temperatures mean you’ll be more comfortable!

A lot of the city’s attractions are free, including the Odori, Moerenuma and Nakajima parks.

Take me to Sapporo:

The nearest airport to Sapporo is New Chitose Airport (CTS) and Sapporo Okadama Airport (OKD), where you can catch a domestic flight from any of Japan’s major airports. Return flights on discount airlines Skymark, Peach Aviation, and Jetstar Japan can start from just $45.00 USD (5,000 Yen). Flight duration is 1.5 hours from Tokyo’s International Airport.

The city of Sapporo

Although we’ve started with Japan’s ‘other islands’, if you’re planning on truly exploring all that the incredible country has to offer, then no trip would be complete without visiting Honshu, the main island. However, instead of staying in the big city names, consider these cheaper alternatives.

Yokohama is the second largest city in Japan, and there is a healthy rivalry with Tokyo. Like the Japanese capital, Yokohama is extremely futuristic, filled with shopping and entertainment options. Not only does Yokohama make the perfect base for exploring Tokyo, it’s also the capital of the Kanagawa Prefecture, a great area to explore.

Visit the Cup Noodles Museum in Yokohama! Or, if you take your ramen more seriously, visit the Shin-Yokohama Ramen Museum.

Hakone, just over an hour away by public transport, is a town within the borders of the volcanically active Fuji-Hakone-Izu National Park. With views across Lake Ashinoko of nearby Mount Fuji, Hakone boasts stunning scenery no matter the season. Take a hike with your camera and enjoy Hakone’s mesmerising beauty.

Take me to Yokohama:

The nearest airport to Yokohama is Tokyo Haneda Airport (HND), which is only 30-40 minutes away, via the Tokyo Line, by train!

The city of Yokahoma, with views of mount Fuji

Kamakura is a much smaller city; you’ll notice the reduction in premiums! Only a little further along from Yokohama, Kamakura was the political centre of medieval Japan, and is a fantastic destination due to its numerous Buddhist Zen temples and Shinto shrines.

The Great Buddha in Kamakura, a 13m-high bronze statue (still standing after a 15th-century tsunami) is one of the city’s most important sights, which you can combine with a visit to Hase-dera, a famous Buddhist temple.

Take me to Kamakura:

The Great Buddha in Kamakura

The turbulent history of Hiroshima will forever mark the city as one of the most distinct destinations you can visit. Victim to a nuclear bomb that destroyed most of the city during World War II, today Hiroshima stands as a strikingly strong, vibrant, and diverse city.

The Hiroshima Peace Memorial, or “Genbaku Dome”, was the only structure left standing in the area where the first atomic bomb landed. The memorial is open to the public and stands as a powerful symbol of resilience and hope.

Get smothered by rabbits on Rabbit Island! An easy day trip from Hiroshima, the official name of the island is Okunoshima, where you can both feed the thousands of wild but tame rabbits, and, in complete contrast, visit the Okunoshima Poison Gas Museum to discover the dark history of the island.

Take me to Hiroshima:

A flight to Hiroshima Airport (HIJ) from Tokyo will only take 1.5 hours and can start from $130 USD (14,550 Yen), return. Airlines include IBEX, All Nippon Airways, and Spring Airlines Japan.

Travelling in Japan: A Price Guide

Japan offers a wide range of accommodation options. At the lowest budget level, hostels within all mentioned cities offer meals and lodgings from $10 USD (1,119 Yen) per person, per night. For those travelling in groups, vacation rentals can be found from $40 USD (4,478 Yen) per room/apartment/house.

Or, for a more authentic experience, look out for “Minshuku”, Japanese style bed and breakfasts. They’re usually family-run, starting from $30 USD (4,000) dollars per person, per night (meals included).

Eating in Japan is incredibly affordable and can go a long way towards keeping down your daily spend. From just $4 USD (500 Yen) “Bento boxes”, basically a single-portion take-out, can be brought from any convenience store (not what you might expect from a convenience store at home, these meals are healthy, tasty and fresh!).

Noodle bars can be found on every street corner in Japan; a large bowl of ramen and a soda will cost just $7 USD, with tea usually served for free! A sit-down meal at an average restaurant will start from $10 USD (1,119 Yen).

All of Japan’s cities have a modern and reliable public transport network. Larger cities, including Fukuoka, Sapporo, and Yokahoma, are serviced by trains and subways. A single ride is typically $1.50 USD (160-200 Yen), with unlimited day tickets available.

Smaller cities, including Hiroshima, are serviced by trams and buses. Again, day passes, at $5.30 USD (600 Yen) are often the most economical way to get around.

To find out more, check out our guide to domestic flights within Japan.

If you enjoyed this blog, be sure to check out our similar blogs:

Follow us on social media to keep up to date with news and offers! 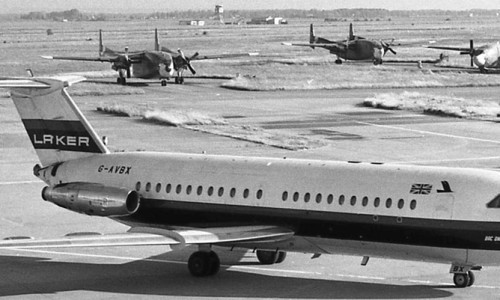 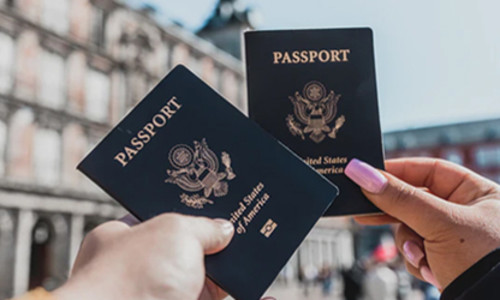