Search and book flights with SpiceJet

Make a SpiceJet Booking and Find Some Amazing Deals

SpiceJet is an Indian low-cost airline, headquartered in Guargaon, India. SpiceJet operates 312 daily flights to 55 destinations, including 45 Indian and 10 international destinations from its hubs at Kolkata, Hyderabad and Delhi. By the number of passengers carried, it is the 3rd largest airline in India, holding a market share of 13.2% as of March 2017. SpiceJet was founded in 2005 but was originally established as an air taxi in 1994. In May 2005, the ailrine flew its first flight and today operates a fleet of Boeing 737 and Bombardier Dash aircraft. Other Indian airlines include Air Pegasus (not currently operating) and Vistara.

SpiceJet offers an Economy Class Service; an upgrade to SpiceMax is also available.

Economy represents the majority of SpiceJet's seating. Meals, snacks and beverages can be brought for a small charge.

An in-flight entertainment system is not currently available. Seats are comfortable and designed to help you relax.

SpiceMax is SpiceJet's version of a Premium Economy service. Available on Domestic and International flights.

All SpiceMax customers can enjoy Priority Boarding and check-in.

Extra Leg-Room lets you stretch out. On international flights, a free blanket and cushion with 4-way adjustable head rests are provided.

SpiceJet is based at Indira Gandhi International airport which is the primary airport in the capital of Delhi. It is the busiest airport in India in terms of passenger traffic serving around 50 million passengers a year. Other airlines that operate out of the airport include Air India, Bhutan Airlines, Air Deccan, IndiGo, JetLite, Jet Airways and many more. 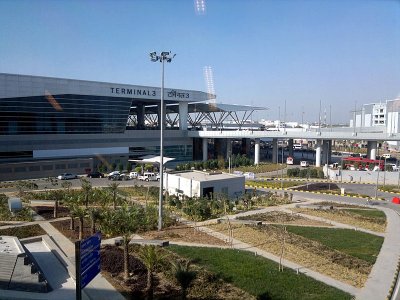 SpiceJet provide a wide range of food options, from breakfast, snacks, lunch and dinner. SpiceJet passengers can pre-book their meals up to 24 hours before departure and save money compared to the price on board. To pre-order meals, view the selection for your flight under the ‘Manage My Booking’ section on the SpiceJet site. Traditional Indian and Asian meals can also be purchased in-flight, and the in-flight menu can be viewed online from the SpiceJet website.

Beverages can be purchased from the in-flight meal service. Available drinks include soft drinks such as juices, coca cola, iced tea and water, but also hot drinks such as coffee and teas. Alcoholic beverages are also available to purchase, such as beers and spirits.

Spice Jet has announced a New Route in August

SpiceJet has commenced service between Mumbai (BOM) and Riyadh (RUH) and vice versa, which will be operated daily.

The airline has announced a New Route in July

The airline has commenced service between Delhi (DEL) and Jeddah (JED) and vice versa, which will be operated daily.

Spice Jet has announced a New Route in July

SpiceJet has commenced service between Delhi (DEL) and Dhaka (DAC) and vice versa, which will be operated daily.

The airline has announced a New Route in July

The airline has commenced service between Mumbai (BOM) and Dhaka (DAC) and vice versa, which will be operated daily.