Search and book flights with SunExpress

Make a SunExpress Booking and Find Some Amazing Deals

SunExpress is a passenger and scheduled charter Turkish airline. It flies to several destinations across Europe, Asia and North Africa, serving more than 100 locations overall. The airline has a home base in Antalya on the Turkish Riviera and a secondary base in Izmir on the Aegean coast.

Founded in 1989 as a subsidiary of Turkish Airlines and Lufthansa, SunExpress mainly focuses on flying to destinations Turkey and Germany. The airline initially launched as a charter airline and flew its first flight between Antalya and Frankfurt in 1990. Shortly after, it began flying scheduled flights with both international and domestic services.

The checked baggage allowance will depend on the fare class and the route that the passenger has chosen.

For domestic flights from Turkey, SunExpress online check-in will open between 24 hours–45 minutes prior to departure.

For international flights from Turkey, SunExpress online check-in will open between 24–1 hour prior to departure.

For international flights from all other airports, check-in will be open from 24–3.5 hours prior to departure.

Airport check-in can be completed by presenting the relevant travel documents to an airline check-in agent at the check-in desks at the airport of departure. SunExpress recommend passengers to check-in at the airport at least two and a half hours before departure time.

On international flights, passengers must be present at the gate with their boarding card at least 45 minutes before their flight departure time.

On domestic flights, passengers must be present at the gate with their boarding card at least 30 minutes before their flight departure time.

Antalya Airport (AYT) is an international airport in Turkey and is the hub airport for SunExpress. The airport is among the top three busiest airports in Turkey and serves more than 7 million passengers per year. Although the airport does facilitate regular flights year-round, most of the flight at the airport operate on a seasonal basis. The airport has three runways and three terminals. 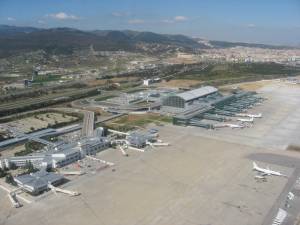 SunExpress serves a number of destinations in Europe and the Middle East, as per the tables below detailing the domestic and international routes:

Please click on the logos below to find out more about airlines that fly similar routes to SunExpress: